Soulja Boy Tell 'Em: An Internet Pioneer or a Joke?

“I’m the reason all these artist have a social media..very artist in the game, every record label owe me 5% bruh”- Did you once think #Souljaboy killed hip hop? https://t.co/TolPFfaB5k pic.twitter.com/NGipdzmUCT

DeAndre Cortez Way, affectionately known to the masses as Soulja Boy, rose to prominence in the mid 2000's; around the same time as the explosion of certain internet services and platforms, most notably Youtube and Myspace. These parallel explosions were not at all coincidental. Rather, Soulja's alleged $1 million grossing year at the age of 17 was the unequivocal result of his deft management of the aforementioned internet services and savant like understanding of social media, networking effects, and the nature of virality in the impending Social Media Age.

Now to answer the question. Pioneer. Please @ us, we want all the smoke (but actually do. Twitter @andcomputers_io, instagram @andcomputers.io)

His debut album was called souljaboytellem.com. Soulja encompassed the mission of &computers way back when. He saw the power of using the internet to gain a following and distribute music long before the rest of the industry did. Not only that, but one of my favorite tracks on the project, Sidekick, is an ode to being down with the newest technology out.

(fun fact & utterly unrelated, youtube comments claim that Kendrick Lamar's HUMBLE was musically inspired by this, though the single offers no credit to support this... ima let y'all be the judge.)

His second album was titled iSouljaBoyTellem. Again, pushing the theme of everything digital:

The whole concept of the album is based off of iTunes and Apple. Everything is going digital: ringtones, movies, videos, games... Also, in 2009 there's going to be the Soulja Boy Tell Em video game coming to Xbox 360.

In 2007, during the dark lull between Napster's liquidation and Youtube's Vevo collaboration, Soulja Boy used a combination of peer to peer (P2P) file sharing wizardry, social media presence, and virality to disseminate his music into the hearts and minds of millions of people on his way to making a bag or two.

Our story begins on the eve of Y2K.... The year is 1999 and Napster is the central catalyst for the distribution of millions (billions?) of audio files. Enabling users to share files with never before seen ease; a decentralized network facilitating the very illegal transfer of likely copyrighted material.

On December 7, 1999 the Recording Industry Association of America (RIAA) files a lawsuit against the fledgling service. By the the Fall of 2002 Napster has gone bankrupt and is forced to liquidate its assets.

The death of Napster paved the way for another popular files haring service...

As legend has it, a young Draco would study the Billboard charts and check which songs were currently trending in the top 20. Since Limewire was a P2P service, anyone could upload music for anyone and everyone to download; thus Soulja would do something like this...

People would then unwittingly download his music and be assaulted with the freakishly catchy tracks and more often than not, would actually enjoy it. A few bajillion ringtones sold later, and Soulja Boy is a self-made millionaire in the internet age...

I found out about the Website SoundClick. You’d post MP3s and people would rate on your music and you’d get put on charts. I had this song called “Doo Doo Head.” It was this stupid comedic song — and after a few weeks, it went No. 1 on the charts and everyone started coming to my page looking for new music. Then I found MySpace, made my first page, and linked the MySpace page from SoundClick. Really all my MySpace views came from SoundClick and my YouTube clicks came from MySpace; they fed off each other.

And this excerpt from Avclub 10 years after his debut sums it up nicely:

After a months-long beta period, YouTube officially launched on December 15, 2005 with a daily traffic around eight million views. Soulja Boy uploaded his first video just three months afterward, solidly characterizing him as an early adopter. From there, he proceeded to build a brand that anticipated the rise of such platforms as Snapchat and Vine, showcased the sort of day-in-the-life content that helps modern fans connect with their favorite artists, and brought the phenomenon of viral video to the web.

It's now 2019 and believe it or not, Soulja Boy is peaking.. again. The close of 2018 marked the beginning of Soulja's foray into gaming hardware. His product line, far from revolutionary, was a series of rebranded third-party emulators made to play a number of classic Nintendo games. As soon as Soulja announced his newest venture, the critics came pouring in, giving their mindless, clickbait (kinda like this title, i know i know), lazy journalistic takes. Most pieces "reviewing" his products were as innovative as the products themselves, simple repackaging of the same critiques.

In it he masterfully defends his place as the godfather of internet rap and claims responsibility for teaching Drake everything he knows. Whether you're a fan or not, Soulja has once again catapulted himself to the forefront of the cultural news cycle. Since his introduction to the public in 2007 countless artists have followed his blueprint to a T; launching their own music careers and becoming social media sensations. In 2019 Soulja is using the same strategy to market not only his new music, but also his forays into more varied arenas. genius. While the technology launch itself leaves much to be desired in areas such as design and legality (to name a few), who's to say that Draco and SouljaTech won't end up like Dr. Dre with the Beats franchise or Will.i.am's with his iamplus technology company (verdict is still out on this one). Also, let's not act like either of these rappers turned technology moguls were in the lab with IDEO NONA spinning up completely novel and original ideas. No. They were using their significant cultural cachet to [w]rap standard technology in fancy branding. While Soulja's execution may not have been quite as clean and Apple-y, that doesn't mean it was 100% devoid of value.

Lastly, if you don't see the potential in this young king tryna spread his wings, there's a non-zero chance that you might be a racist... My advice to Big Draco? 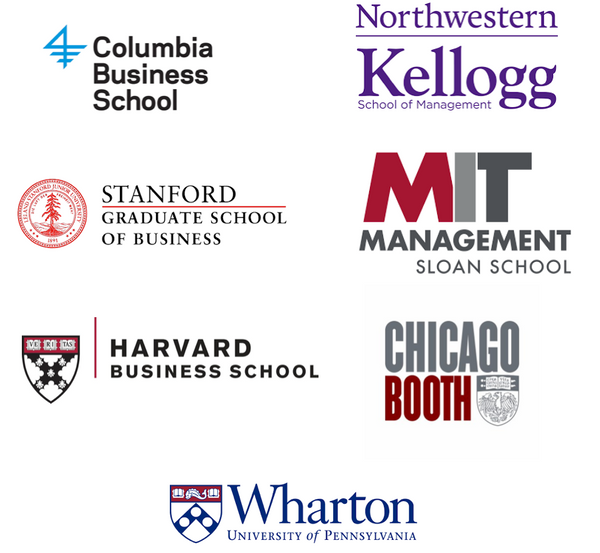 As a prospective MBA applicant, you're likely only interested in profiles similar to your own. Yet, its unlikely that someone has your exact stats and background, so you go for the closest approximation... but there are hundreds of these profiles and they're spread across ~60 different articles. 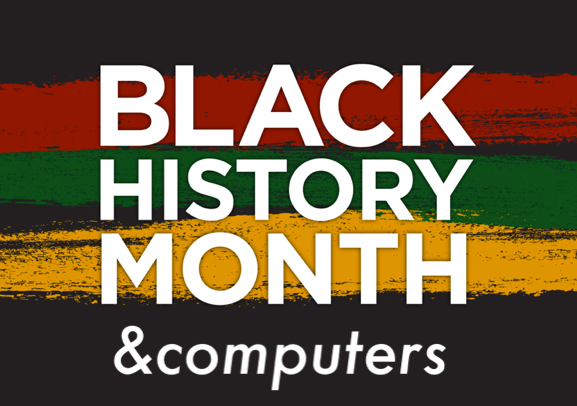 It's February and we're here to celebrate the undeniable creative synergy between black people and computers.